I am still working on it. Maybe someday I will get it to work, but as for now, I have to rely on my sense of what the future holds in order to take advantage of today.

We have talked (and written) a lot about how markets differ and how the conditions that exist in one market may not exist in the other one.

The eastern regions of Virginia are no different.

2008 was tough on everyone. When the market crashed and prices began to fall, everyone became far more conservative about their real estate holdings. As excited and hopeful as we all were about business in 2008 was as morose and defeated as we were by 2010.

And as great as owning a second home along one of the many creeks and rivers of Eastern Virginia sounds, when you are unsure about the future, it is a luxury that many just aren’t willing to chance.

But here we are with the darkest days of the recession in the rear view mirror. The Dow is up, unemployment is down, and interest rates remain well below historical norms.

The city markets are on fire and the millennial population seems to finally be ready to move out of their apartments and buy a home. Bidding wars are common, prices are shooting up, and everyone in the business is running in attempt to keep up.

So are the Mathews, Middlesex, Gloucester, or Lancaster markets behaving in the same way? No, these markets have never really acted like the markets of Richmond or Washington DC, but things have always moved a little slower here — and that is a good thing.

So if you are considering the purchase of a soul filling, sunset watching, crab feasting, stress relieving home along the thousands of waterways in the Middle Peninsula or Northern Neck, could you think of a better time? I can’t. And I have been in real estate for a long time.

Until my time machine gets finished, I will just have to use my intuition to tell me that the markets along the Chesapeake Bay are healthy and ready for the shrewd investor. 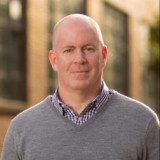 Peaceful, quiet and surrounded by the Chesapeake Bay, Mathews County offers country living at its best; where the people are friendly, the taxes are low and there are no traffic lights or congestion - just miles of pristine waterfront and inland farm-etts. We specialize in waterfront properties, homes, estates, cottages, land, retirement and second homes and serve Mathews County and the surrounding areas along the Chesapeake Bay.

Check out our Featured Listings Page to see all of the Bay Properties Exclusive Listings. With truly special properties along some of Virginia's most picturesque coastlines to smaller weekend getaways, Bay Properties has the home for you.

Check out our Custom Search Page to see all of the Custom Searches we have created to make the search process quick and easy. We break down the counties, prices and all properties along the water.

Good Fishing and Tight Lines People are attracted to the Northern Neck and the Middle Peninsula for various reasons. One could be the wide and expansive views of the Chesapeake Bay and its tributaries. Another may be the easy going and relaxed lifestyle the region offers away from the stress and hectic pace of the […]

Search for Homes or Lots Using Our Most Popular Searches

Bay Properties can be found moments from the Village of Mathews near the Mobjack Bay at:

Part of the One South Realty Network

One South Realty
One South Commercial

Member of the One South Realty Network

Bay Properties agrees to provide equal professional service without regard to the race, religion, sex, handicap, familial status, national origin, or sexual orientation of any perspective client, customer, or of the residents of any community. Any request from a home seller, landlord, or buyer to act in a discriminatory manner will not be fulfilled.